The 4D group hosted 6 interns over summer 2019. They worked on varied projects that utilize machine learning to better understand planetary materials and their formation. Samantha Howell, an undergraduate in Physics (major), Computer Science (minor), and psychology (minor) at Washington College, studied data from presolar silicon carbide grains – performing cluster analysis to use their multidimensional chemical compositions to partition each sample according its formational environment. This project resulted in a detailed understanding of the relationship amongst silicon carbide grains and their stellar environments, as well as offering a new method to predict the type of stars previously unclassified grains originated from! Sophia Economon, an astrophysics major at the Florida Institute of Technology, worked to categorize data from a gas chromatograph and a mass spectrometer of various organic compounds from meteorites and various other materials to characterize the statistical distributions of organic across different types of systems. Sophia found that currently or recently living systems have a distribution of organic molecules that is distinctly different from that of abiotic or long-dead systems. This work has implications in classifying when something is “alive” and in detecting life in planetary materials. George Mason University Geology undergraduate students, Randolph Rutledge, Morgan Gabor, Kristen Chiama, and Isabella Lupini, scoured the scientific literature to develop a database of garnet mineral geochemistry and to use machine learning to classify these materials by their formational environments – the result being a deeper understanding of the multidimensional compositional variations throughout the different formational environment, as well as a predictive model for classifying the previously unknown origin of unclassified samples. 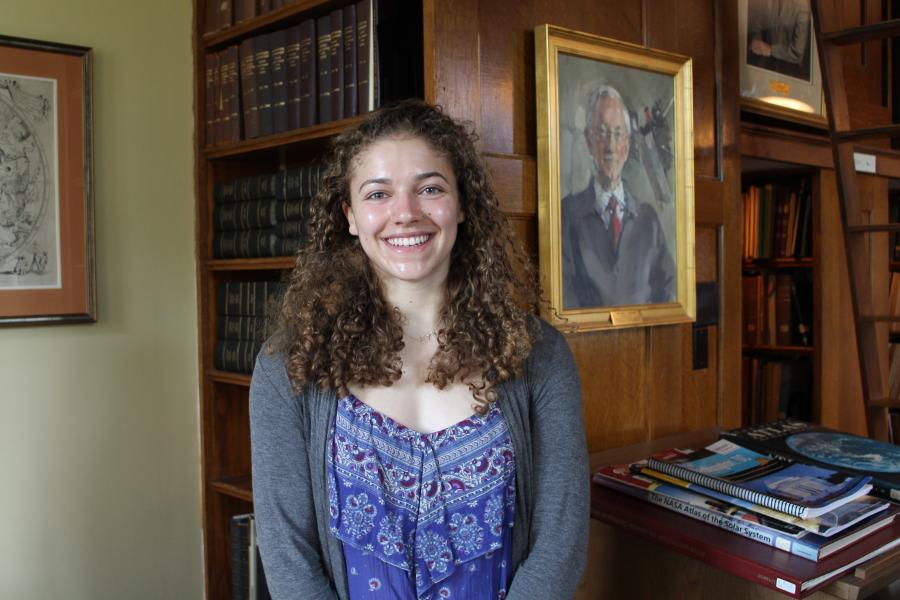 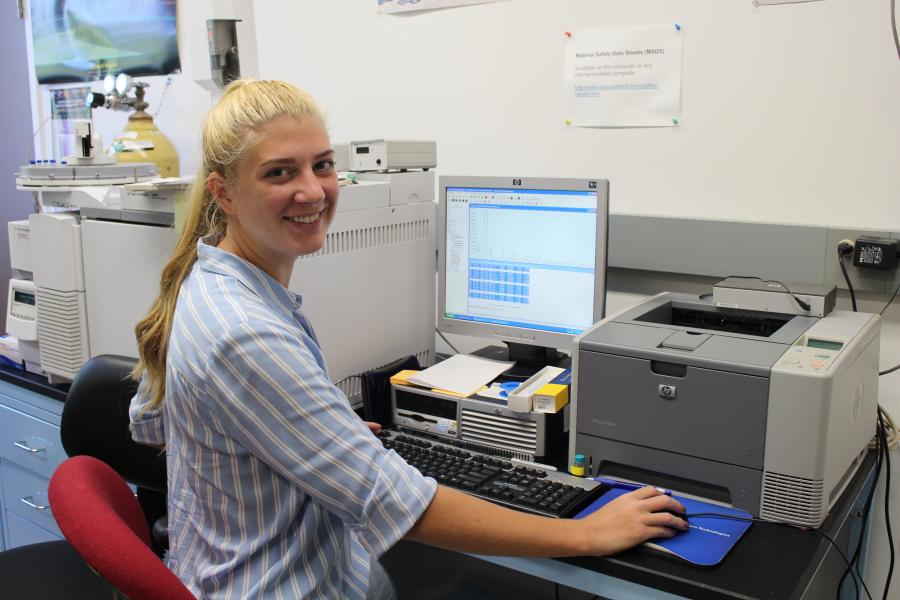 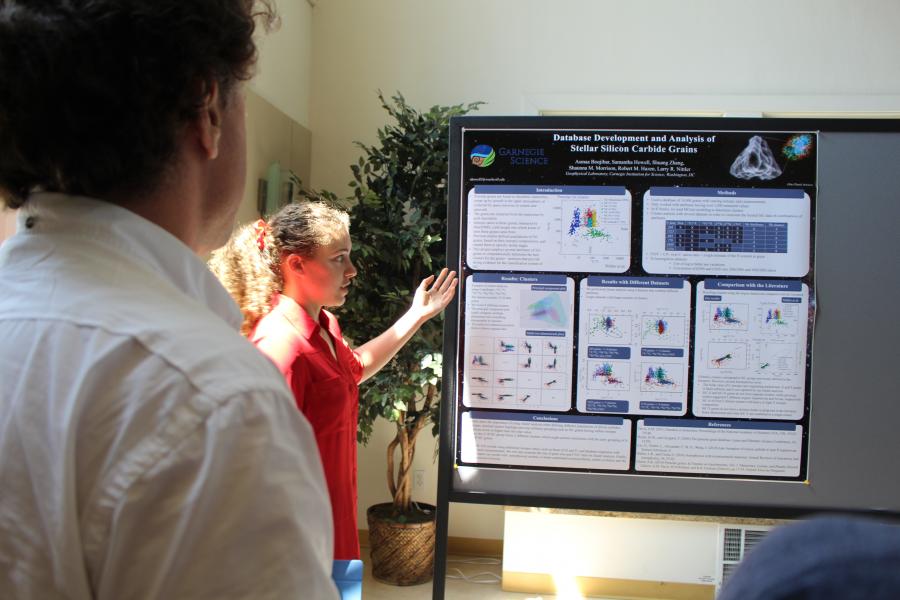 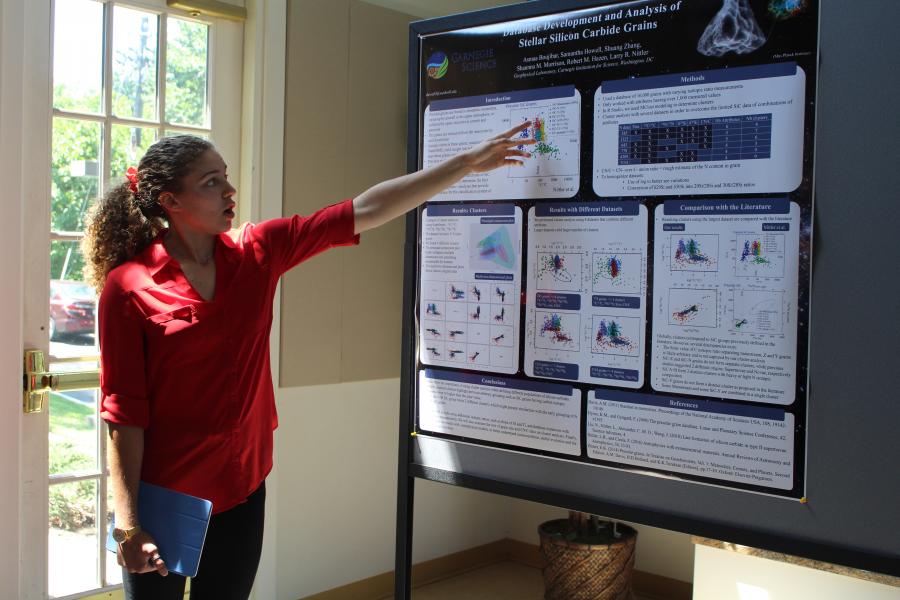 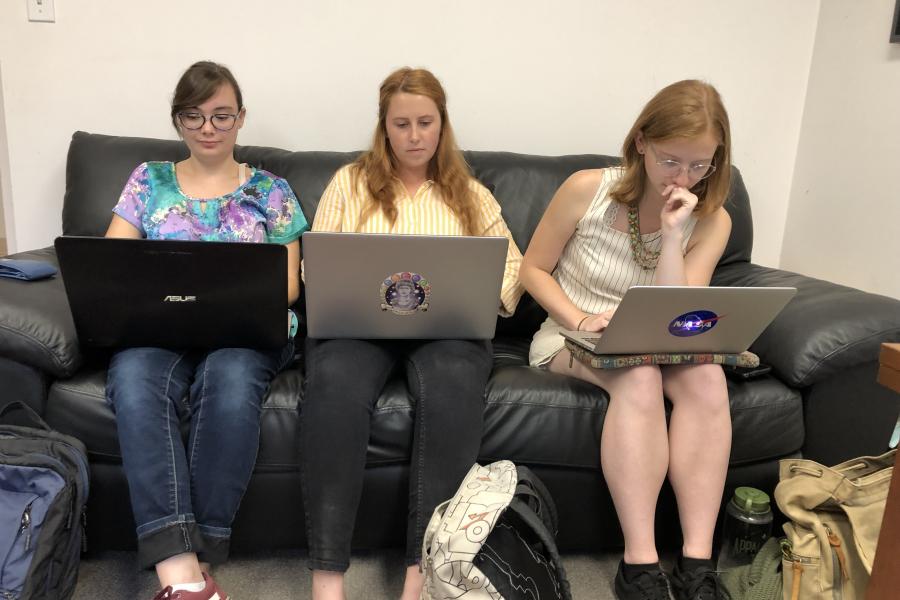 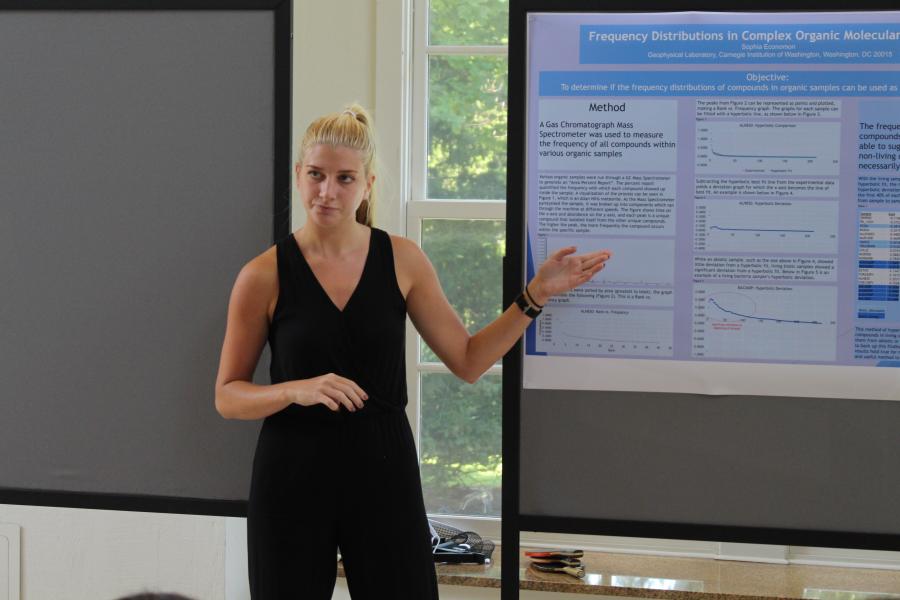 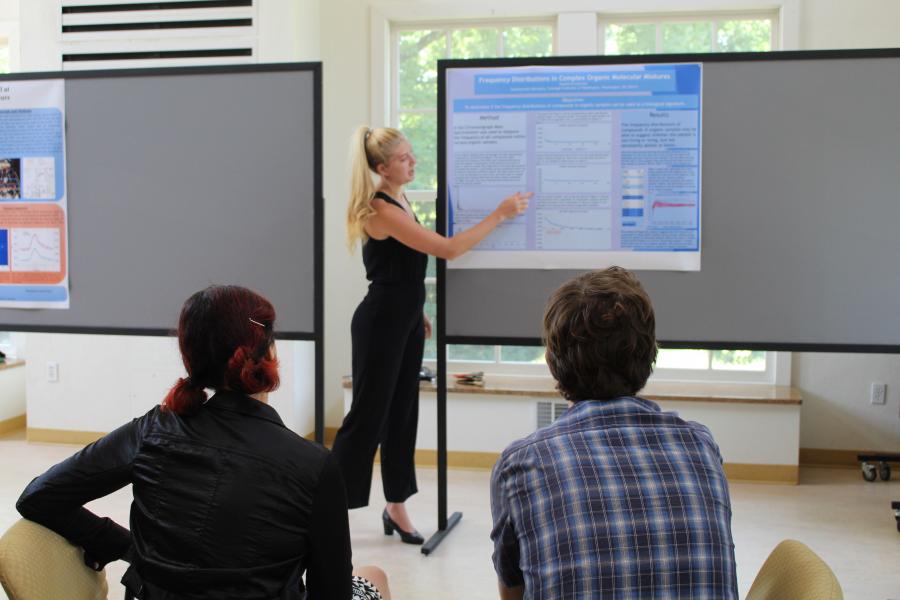 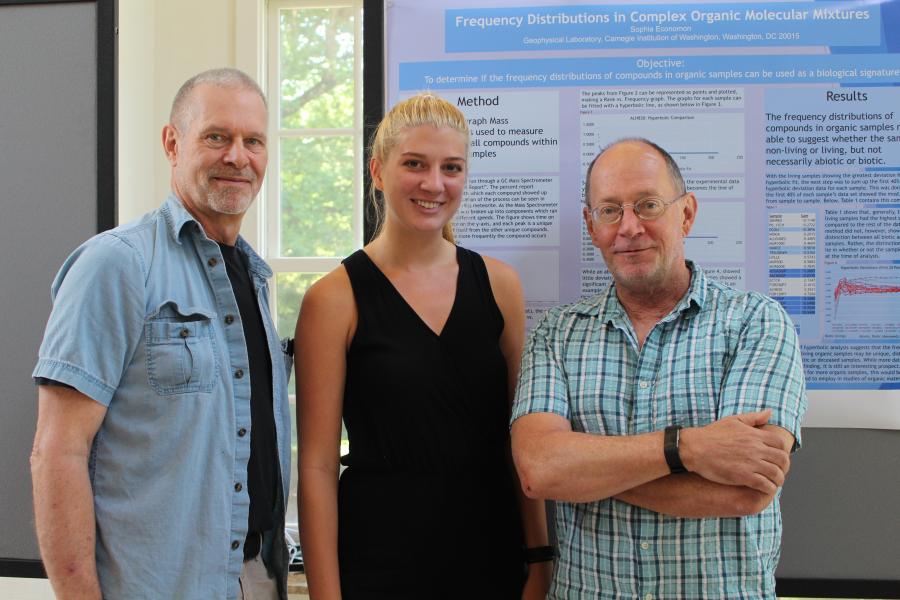 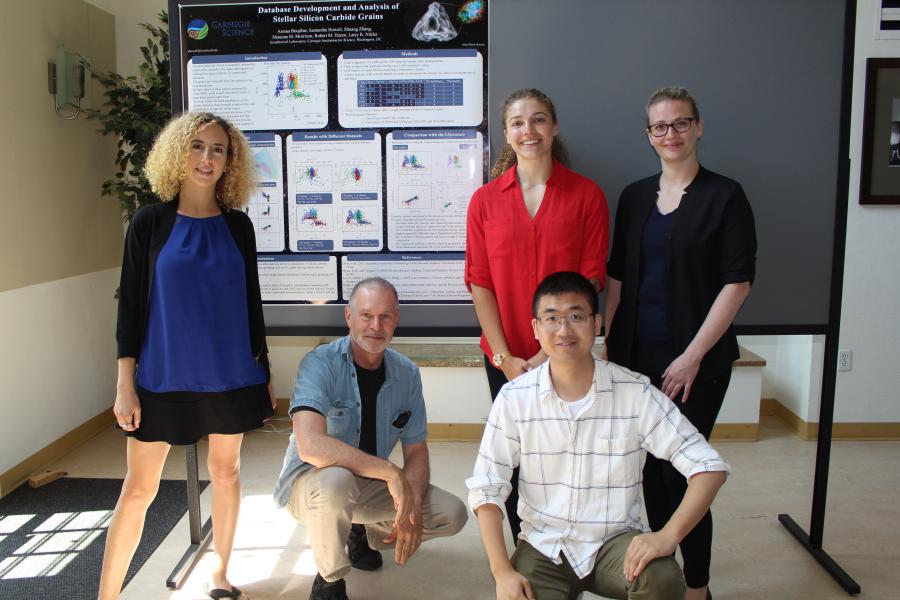 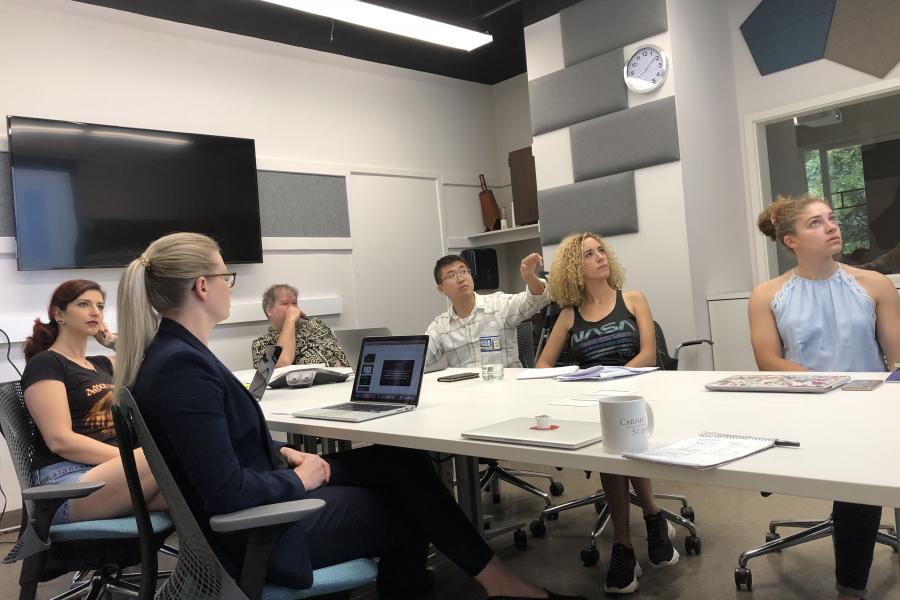