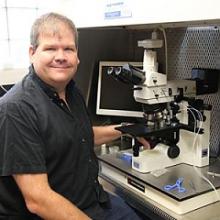 My primary research interests are in the laboratory analysis and scientific implications of extraterrestrial materials, including meteorites and interplanetary dust particles. I am very interested in presolar grains in meteorites and in the development of new techniques for isotopic analysis and mapping of small samples. I am actively involved in the analysis of cometary samples returned by NASA's STARDUST mission and solar wind samples returned by the GENESIS mission. I am the Director of the DTM ion microprobe facility, which includes both a Cameca ims-6f and a Cameca NanoSIMS 50L ion probe, each equipped with a Hyperion RF plasma oxygen source.

I also work on X-ray and Gamma-ray spectrometers for planetary missions. I was Deputy Principal Investigator on the Science Team for the MESSENGER mission, which orbited the planet Mercury from 2011-2015. I am also a member of the X-ray spectrometer team for the ESA/JAXA Mercury mission, BepiColombo, which was launched in November 2018. and I am a NASA Participating Scientist on JAXA's Hayabusa2 asteroid sample return mission.